Therapy doesn’t mean there is something wrong with you, or you aren’t capable of handling life on your own. Even those with chronic mental health conditions can thrive and meet their fullest potential with the right therapeutic fit. We believe the addition of mindfulness, wellness, fitness and health creates the footwork for realizing ones goals, dreams and life satisfaction. While mindfulness is relatively new in the psychological realm, it has existed for centuries and has proven outcomes through the ages. Now, backed by science and research, we can reap it’s timeless benefits when incorporating it into more traditional treatment approaches.

Often when we become aware of our surroundings, of our bodies, of our breath, when we become present in the very moment we are in, when we cast aside our worries, our thoughts, our doubts, our fears and we focus on being ok as we are in the very moment, we are able to obtain a clarity once thought impossible. But this takes practice. The daily practice of mindfulness, meditation, presence. We become more and more able to focus on our inward processes, the unconscious practices lurking just below our awareness driving most of our thoughts and behaviors. We begin to develop the skill of noticing our process instead of getting caught up in the content of our busy, 21st century lives. At The Mindful Lemon, we believe this practice is key to unlocking our full potential, and that we are always learning and creating new ways of being.

Making the decision to seek help from a professional can be daunting and traditionally you would be limited to just a handful of providers in close proximity to your home or work; but with the ability to seek care from the comfort of your home through secure, HIPPA compliant telehealth sessions, a whole new set of therapists and helping professionals become available to you, really giving you the best chance for success and a positive experience. We are no longer limited by logistical barriers, not having enough time or struggling to find an “in-network” provider close to home.

While telehealth isn’t new, it has certainly reached its apex in the post pandemic world. Just because it exploded out of necessity doesn’t mean it’s going anywhere. Research confirms it’s efficacy to be comparable to face-to-face, in-person therapy! But, and that’s a big but, not all telehealth services are created equal.

That’s why The Mindful Lemon has made a significant investment in building it’s very own HIPAA compliant telehealth platform! Backed by 24/7 technical support, our providers are carefully screened and offered extensive training on the most up to date clinical, legal and ethical practices related to providing therapy remotely.

Just as not all telehealth is created equally, neither is all therapy. Some virtual providers only require their clinicians to hold the appropriate state credentials. At The Mindful Lemon, our clinicians are rigorously screened and vetted to ensure you receive the highest level of clinical care.

The Mindful Lemon was borne out of the Global Corona Virus Pandemic; an unprecedented time in history where the whole world stopped. We were forced to re-evaluate what was important to us. As the world became sick with the virus and the quarantines and shut downs turned from weeks to months, the physical, mental and spiritual wellbeing of the world deteriorated. We saw a marked increase in suicide attempts and completion, child abuse, intimate partner abuse, self harm, and substance use and abuse as people struggled to cope with the uncertainty and fear of the world climate. We saw a mental health system completely overwhelmed as those who were trained to help were also the ones needing the help. It was out of these ashes that telehealth, previously only a small fraction of the nation’s healthcare consumption, began to truly thrive offering a beacon of hope in a dark, stormy sea. The call for greater access to care and support for those providing the care has been answered – together we can care for the people and the professionals by breaking down the barriers (administrative, logistical, fiduciary) allowing both our members and our providers to reach their full potential. Out of near utter defeat, something great has taken rise. 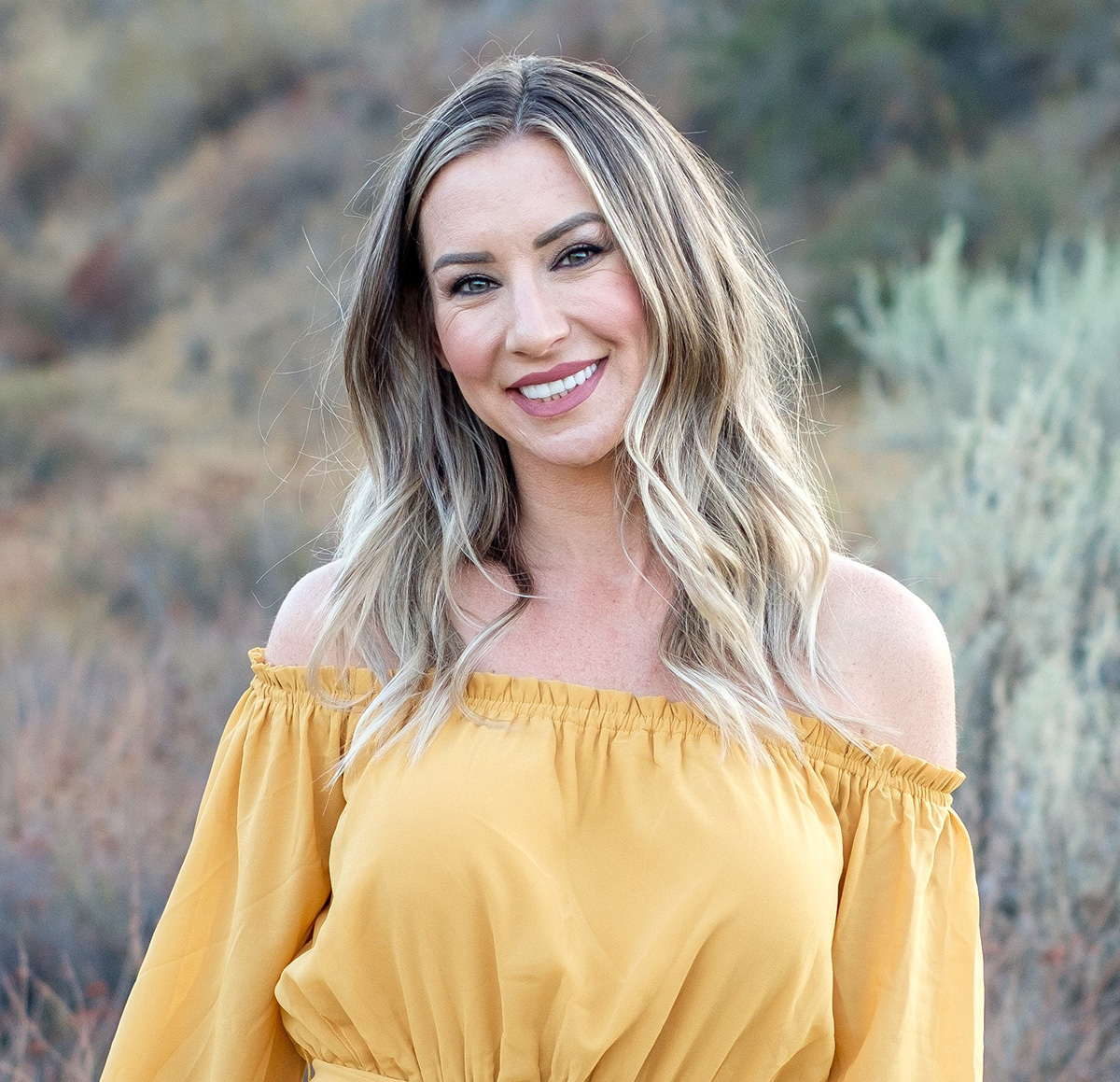 CEO and Founder Kasey Bogoje, LMFT earned a Bachelor’s Degree in Psychology and a Master’s Degree in Marriage and Family Therapy both from The University of Southern California. Kasey knew from a young age she wanted to help others, and she had a knack for people. She was also intrigued by human behavior and what drives our thoughts and emotions – what makes us who we are, how we relate to others, how we fit in the universe. Having been to therapy as a child and later in adolescence, her experiences had been less than positive. Kasey decided she would become a therapist to fill that void – to give people a remarkable experience in therapy and help them to truly reach their full potential. She envisioned herself in private practice, in a tastefully decorated office with a flexible schedule meeting her full potential, balancing a successful career with a loving family life. But upon graduation, the economy had different plans.

Graduating in the Spring of 2009, the country was facing one of the worst economic crises of the century. She was just 1 of 2 of her graduating classmates who had a paying job lined up at the time of graduation. The private sector was in shambles but the public space was booming. Over her head in student loans, she landed in Community Mental Health contracted with the Los Angeles County Department of Mental Health – some had said this is where therapists dreams go to die. While the task was arduous, it began an exceptional twelve year career which spanned multiple agencies and service areas, mastery of all levels of care, front line experience in some of the most grueling locked psychiatric wards, ground up development and implementation of industry leading programs, a wealth of administrative expertise, exposure to just about every consumer population, skilled crisis intervention and customer service and outstanding leadership skills.

While Kasey had the opportunity to affect countless lives both directly and indirectly, clinically and administratively, she realized she had fallen far from that place which she had initially sought to be – she was working 60 hours a week, was far from an example of appropriate work/life balance, and her 2 small children were being raised by a nanny. The very reason she had wanted to become a therapist had been neglected. She had overseen hundreds of fresh therapists right out of school, ready to take on the world and help others, be completely overwhelmed by the administrative burden that is the managed mental health care system. She wasn’t reaching her full potential, and she wasn’t helping these new, young clinicians to do so either.

It was upon these personal tenants The Mindful Lemon emerged. Kasey wanted to create the best of both worlds – an organization that would deliver remarkable therapy and mental health services while helping the providers themselves to reach their full potential and succeed in the private sector. This indeed created a circular relationship, where better clinicians are providing better therapy and both the client and the therapist wins!

Welcome to The Mindful Lemon Therapy and Wellness. Our mission is to provide quality online mental health and substance abuse services while breaking down the barriers of traditional, office based therapy. We believe firmly in focusing on your strengths and assets to help you become the best version of you! Traditional mental health and substance abuse treatment tends to focus on what makes you sick, what you are lacking but at The Mindful Lemon, our clinicians let you sit in the driver’s seat, helping you to unlock the You that’s been hiding beneath life’s many stressors, trauma, financial insecurity, relationship problems and so on. While our experienced network of licensed therapists and clinicians are capable of treating the gamut of diagnosable conditions, we shy away from labeling our clients and instead focus on how to help you to break down the barriers that keep you stuck. This can be via traditional talk therapy, medication management, mindfulness techniques, an emphasis on health, wellness and fitness or any combination of the above. At The Mindful Lemon, our priority is to help you reach your full, inherent potential; to become the best you you can be!

Here at The Mindful Lemon, we believe in treating the whole person – we focus on the mind-body connection, positive psychology, law of attraction and mindfulness in conjunction with a multitude of evidenced based practice and therapeutic modalities to help you to achieve your greatest potential. We don’t just focus on mental health as a standalone entity, but rather how your physical health, exercise, diet, daily habits, and spiritual practices are intertwined to create the only you the universe has ever seen! Our staff work collaboratively with you to create your unique, individualized treatment plan including you every step of the way and engaging you in the process of measuring and identifying your own progress. We believe you are the expert on you and we aim to facilitate the process to your best self. Our carefully trained clinicians are experts in facilitating your growth and helping you to make the connections that will assist you in a lifelong process of personal growth and discovery versus creating a dependency on a medical model of lifelong “treatment”. Our goal is for you to succeed without us!